You are here: Home / Pre-Professional Program

The Academy is pleased to introduce a new Pre-Professional Ballet Program this year for the very serious ballet student & dancer who desires some extra one-on-one training to develop & excel their technique level & artistic ability. This program is being specifically designed as an addition to taking regularly scheduled Intermediate and Advanced Ballet Technique and Pointe classes offered daily at the Academy. The Academy also offers most disciplines (genres) of dance – in particular, Contemporary & Modern that serve an important and necessary compliment to the serious ballet dancer. It is our belief that all dancers, including the serious ballet student, will benefit ultimately from a well-balanced, well-rounded program that exposes other techniques but strongly emphasizes the classical ballet curriculum first and foremost. Privates & Semis will focus on Ballet Technique, Pointe, Variations & Pas de Deux.

This program is offered & open to the serious ballet student at the intermediate or advanced level ages 12 and older currently training a minimum of 4 days per week including having already begun Pointe work. Students who are interested in participating in the program MUST be serious about their commitment and training to be a part of this program. The level of technique given in classes, physical demands, and mental discipline needed for this program must ALL be exemplary. The schedule of the classes will be mornings during workdays and later evenings/weekends based on studio availability. In each individual class, the teacher will push  the student to the level on par with other national schools: School of American Ballet, The Rock School of Ballet, Boston Ballet School, etc.; as well as providing training for all elite ballet competitions including YAGB, UBC, ADC, and World Ballet Comp. Students interested in this program are to contact the Academy directly for scheduling. This program is based on private/semi-private classes with student & intructor according to availability on both parties and may further develop into a small class structure if demand allows. All private classes at the Academy must be scheduled through the front desk at the Academy and with Director approval.

In addition, the serious ballet student who participates in this program is eligible to audition for and perform in the Academy of Ballet’s annual Nutcracker Ballet production, so long as they are enrolled in a minimum of 3 days of technique classes at the Academy.

Intermediate/Advanced level technique classes scheduled at the Academy is as follows:

Classes are taught by the Academy director, Astrid Audet, and our other resident professional staff: Kyrie Lloyd, Rome Saladino, and Maria Jimenez. Privates will be taught by our wonderful guest teachers according to availability: German Dager, Ivy Canapa, Stavroula Kaburakis, Cindy Dale Grossman and Rome Saladino.

Please contact the Academy at 954-491-8413 for further information and interest in this program.

Ivy Canapa performed internationally with Ballet Magnificat Omega Company for six and a half years (www.balletmagnificat.com). In her formative years, she received training from the Atlanta Ballet, Greenville Ballet, and Louisville Ballet. In high school, her summers were spent with the Boston Ballet and Rock School of the Pennsylvania Ballet. Ivy’s teaching career began while touring with Ballet Magnificat, where she taught Master Classes across the U.S. Her stage experience reaches across the United States as well as Europe, South America, and the Middle East. In July 2010, she moved to West Palm Beach to attend Palm Beach Atlantic University. During her college career she established a ballet curriculum at a local studio and choreographed for several events. In April 2011 she was awarded the third place prize for choreography at the National Society of Arts and Letters Southeast Chapter. In 2014, she graduated with honors with a degree in Elementary Education and opened the Harbour School of Dance. She is currently an adjunct professor of dance at PBAU while teaching at Many But ONE Christian Performing Arts, Inc., and other local studios. 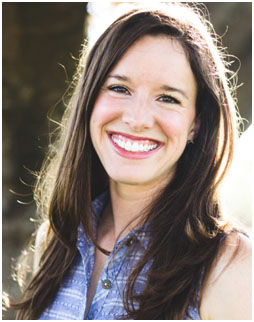 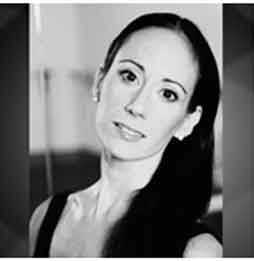 Graduated from New York City’s ​LaGuardia High School of the Performing Arts (FAME). With merits, received a diploma for Dance, Drama and Choreography. Later on, won full scholarship at The New York University­ Tisch School of the Arts. ​Even so, accepted scholarship at ​The Adelphi University​, graduated with a ​Cum Laude ​diploma­ ​Bachelor of Fine Arts and Sciences. Here performed with ​The Adelphi Dance Theatre. She has also studied and earned a certified diploma from ​The Royal Academy of Dance and received the National Advancement of the Arts in America ​award for modern technique. Studied and performed with Jacques D’Amboise’s (NYCB). The​ National Dance Institute. Performed in Lincoln Center’s Tribute to ​Lestor Horton ​and ​Joyce Tristler. Accepted contract as soloist for ​The Eglevsky Ballet. She was offered an exclusive invitation to Greece, and a principal contract (still in effect) with The Greek National Opera (under the direction of Irek Mukhamedov and Lynn Seymour). Principal roles include Swan Lake, The Nutcracker, Don Quixote, Sleeping Beauty, Paquita, La Fille Mal Gardee, Snow Queen, La Sylphide, Napoli, The Moore’s Pavane, Aida, Solitaire, Eugene Onegin, Romeo and Juliet, La Bayadere, The Four Last Songs, Cinderella, Zorba, Genzano Flower Festival, Les Sylphides, Canto General, etc.

Professional teaching experience includes ​The School of the Greek National Opera ​and ​The Athens State School of Dance.

Rome has had a 30+ year career in professional theatre including international ballet companies, equity musical theatre companies, major cruise ships, local production companies, and Tokyo Disney. His wealth of knowledge and experience has led him to the creation of his own production company, Saladino Productions, Inc. During his ballet career he performed with many companies including the Sacramento Ballet, Icelandic Ballet and American Ballet Theatre, receiving reviews such as, “Saladino is a standout male dancer with a unique quality that could turn into genuine stardom.” He has had the privilege of working with many amazing people; including Mikhail Baryshnikov, Fernando Bujones, Jürgen Schneider, Alonzo King, Jon Engstrom, Ann Reinking, Sonja Haney (Bob Fosse’s Assistant), and Nannette Fabré, to name a few. He also starred in Seven Brides for Seven Brothers, Brigadoon, Fiddler on the Roof, Pippin, West Side Story, and A Chorus Line... He joined the American Broadway Music Theatre in Tokyo Disney, where he was one of the Lead Male’s in Encore! After his experience in Tokyo, he performed as an Adagio Dancer and Singer on cruise ships touring all over the world. While earning his Bachelor of Arts in Theatre and Dance at Florida Atlantic University, he has been the lead dancer along with his wife, Marina, for ZMC Entertainment, Inc. and Kevin Black Productions. All these experiences led to his greatest challenge, Rome self-produced, directed, and starred in Singin’ and Dancin’ in the Rain, a song and dance tribute to Gene Kelly. As an instructor, Rome has taught ballet, partnering, jazz dance, character dance, boy’s classes, and musical theatre at the University of Utah Dance Department, Esther Center, Sacramento Ballet, Boca Ballet Theatre, Florida Atlantic University, University of Miami and Alvin Ailey American Dance Theatre’s AileyCamp Miami. He recently graduated from Florida Atlantic University with a BA in Theatre and Dance. 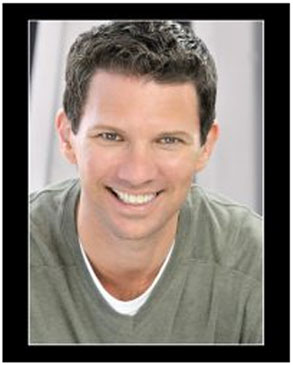 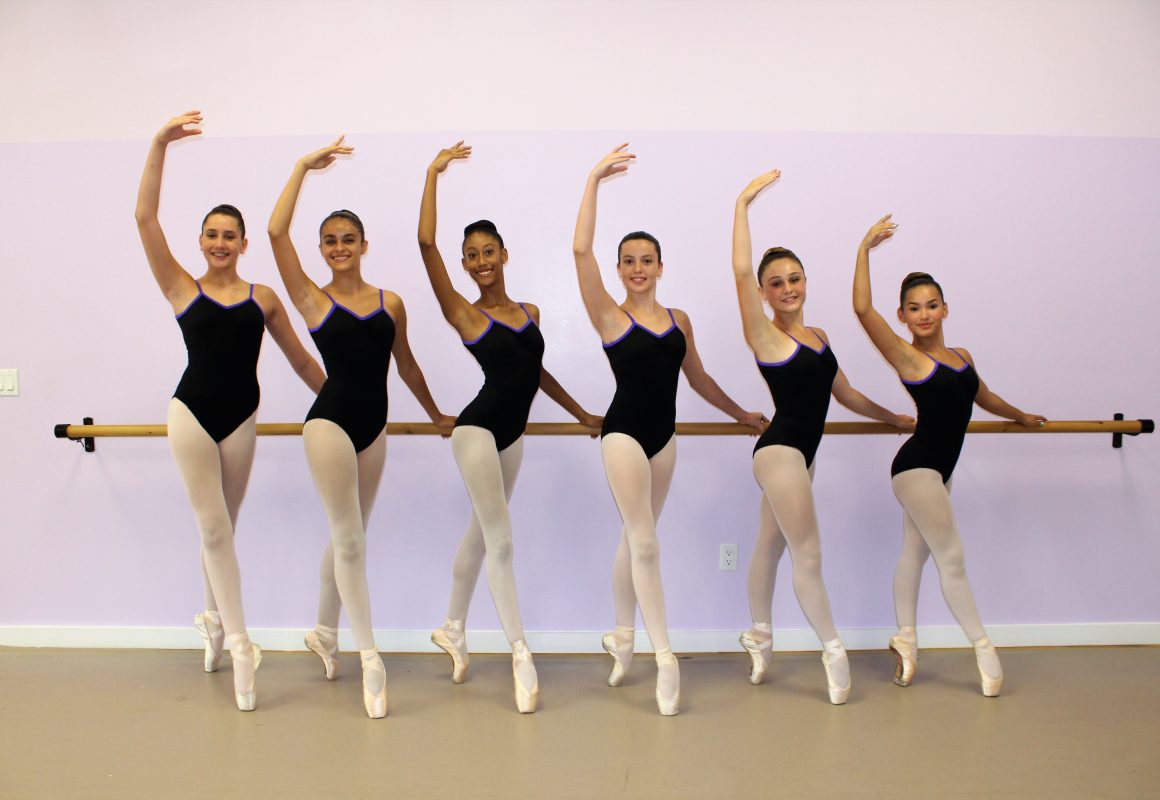 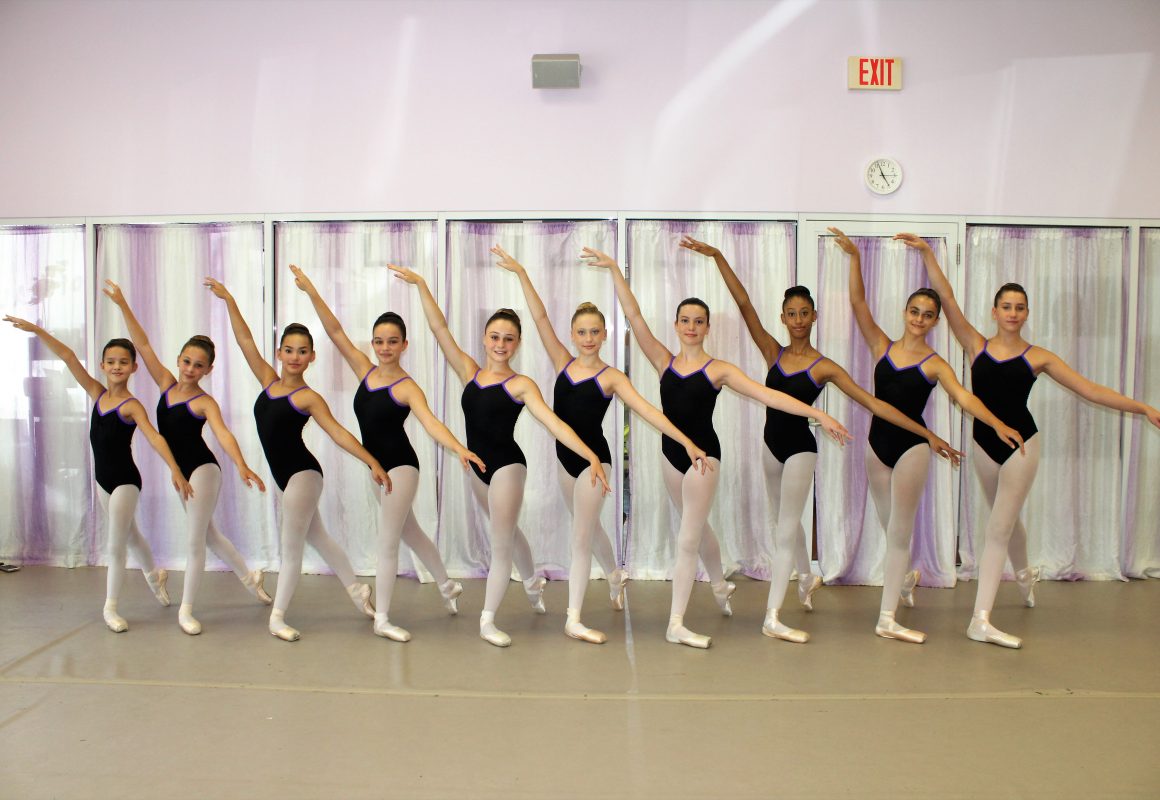 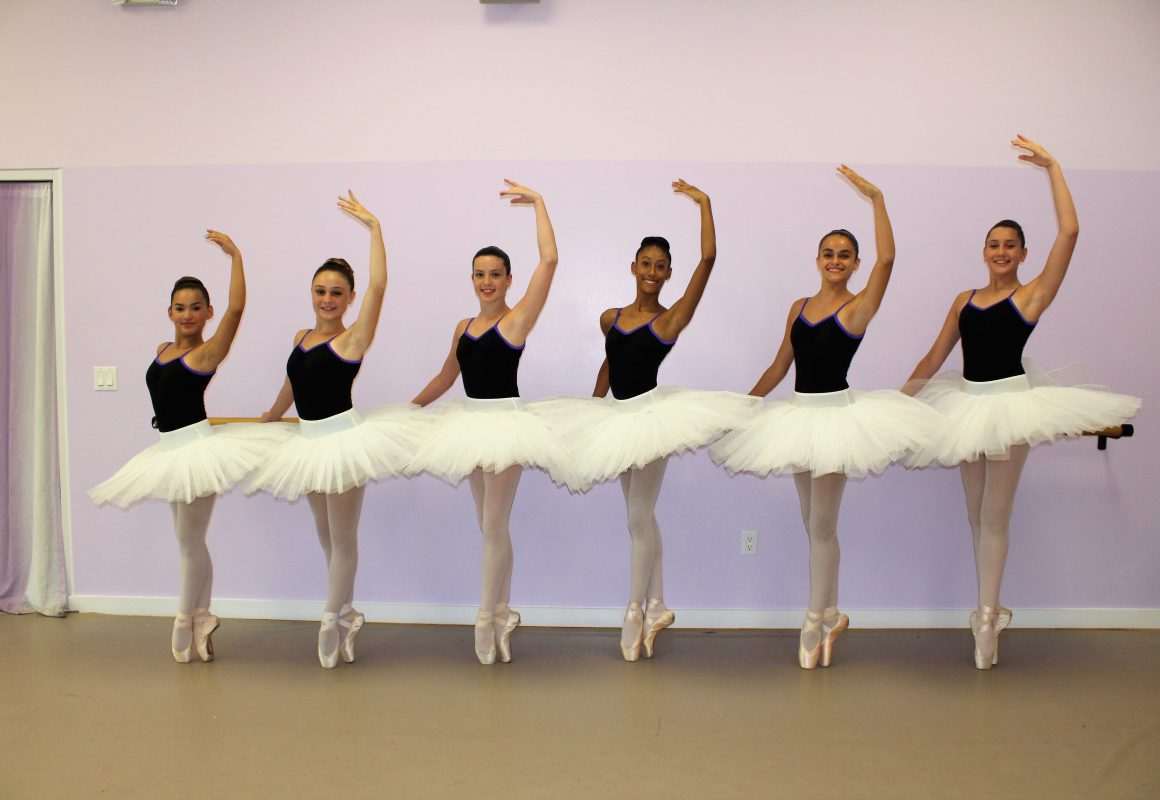 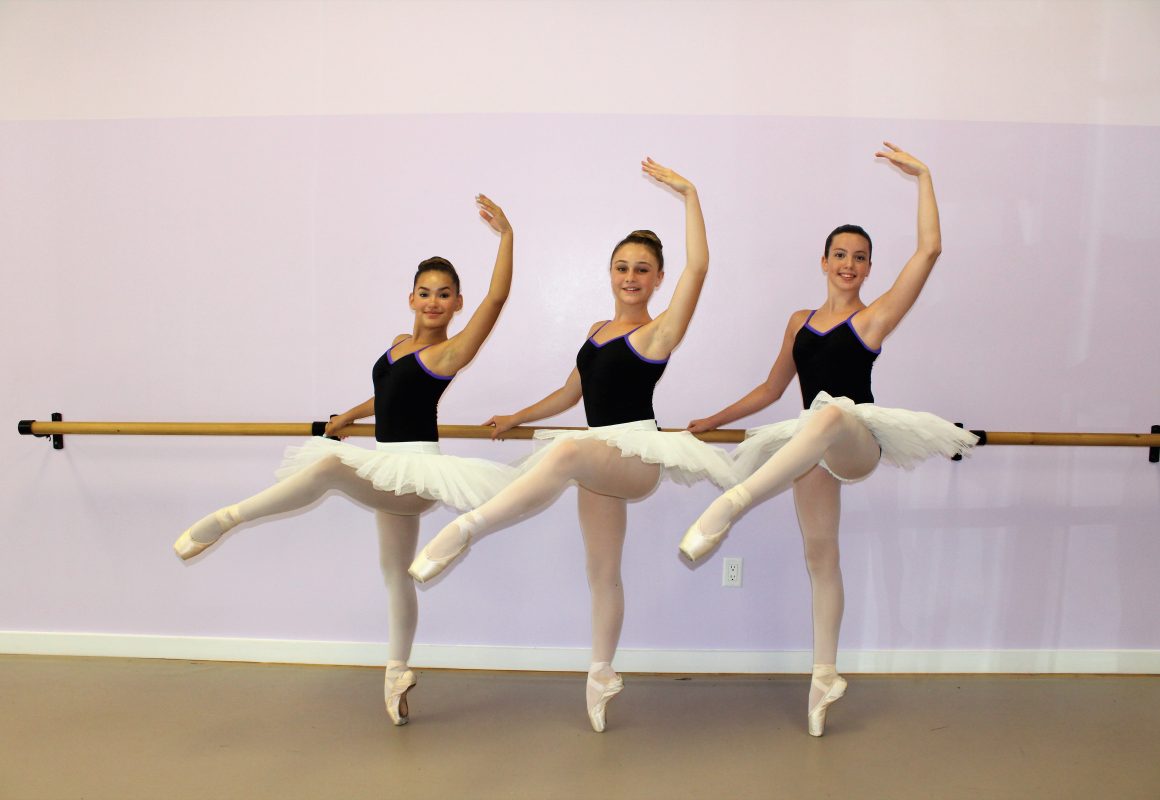 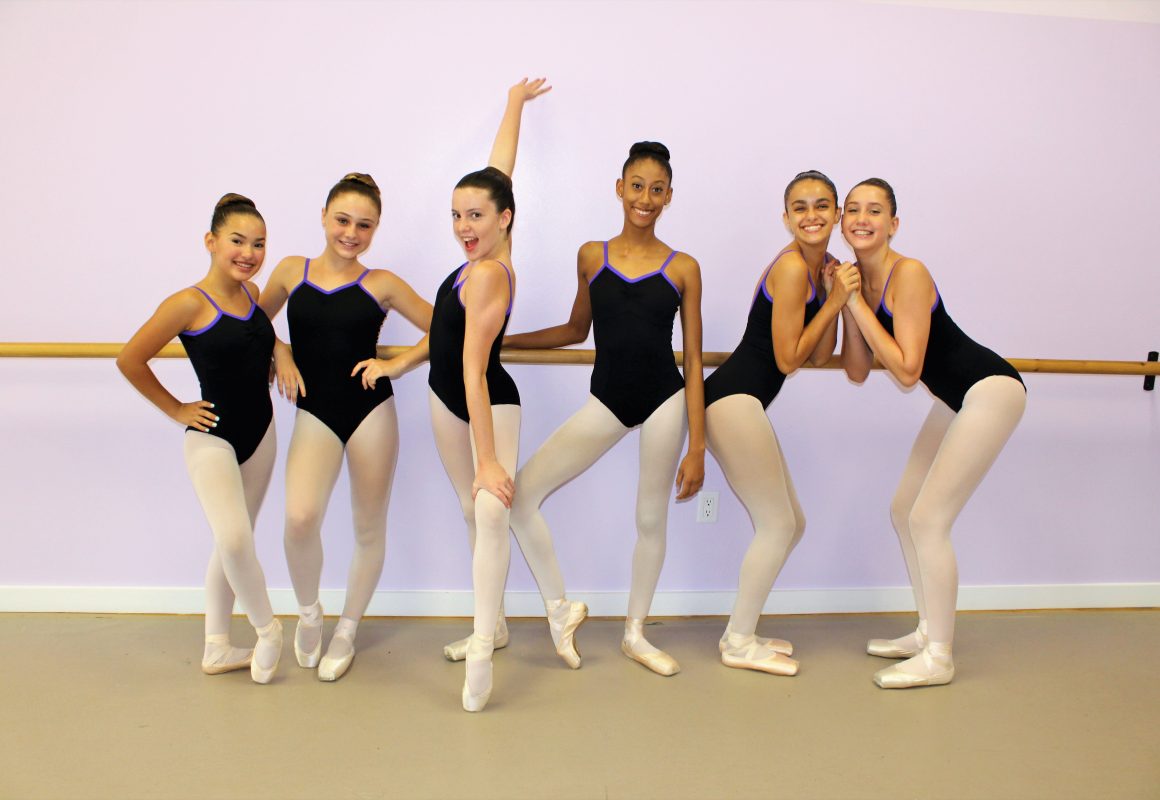 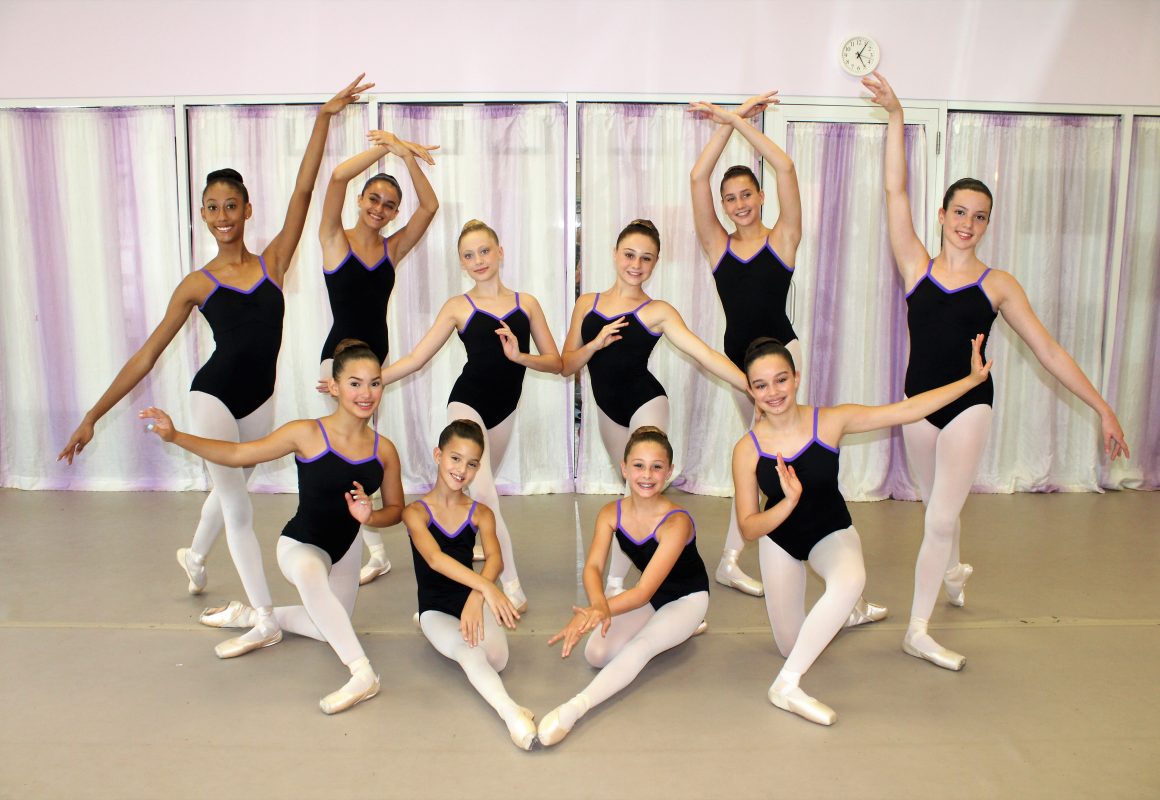 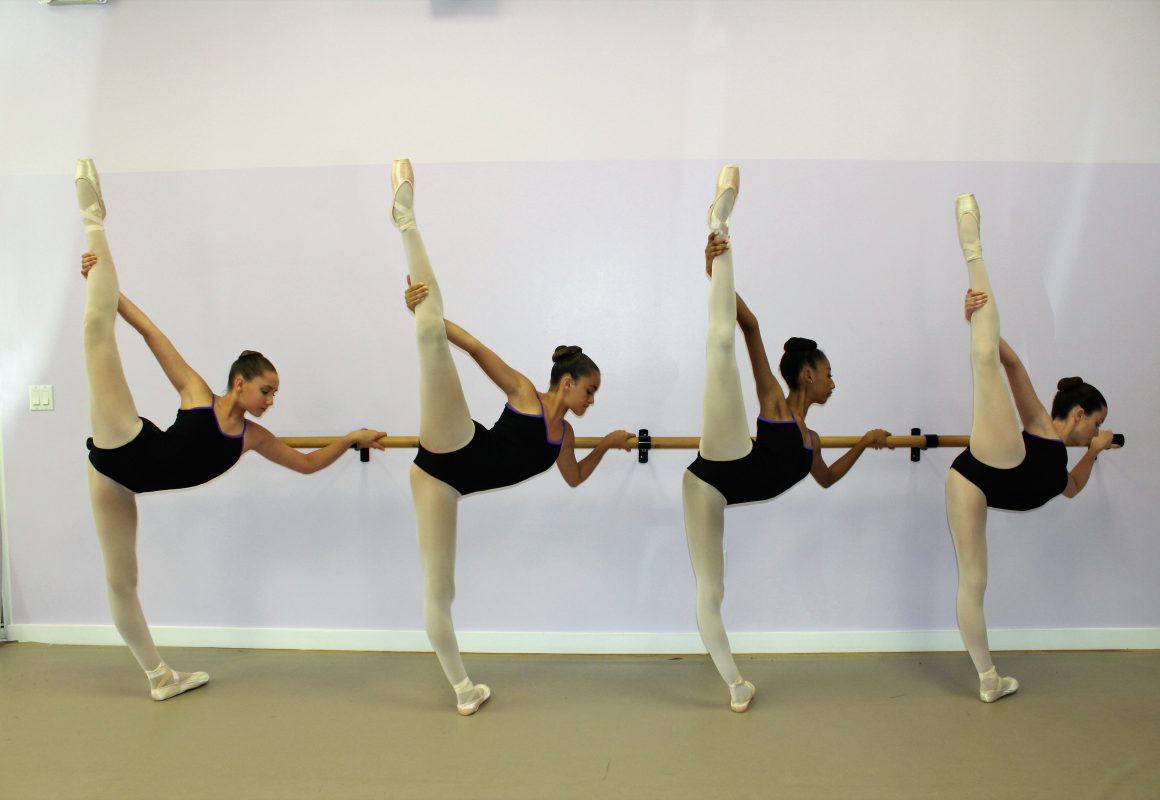 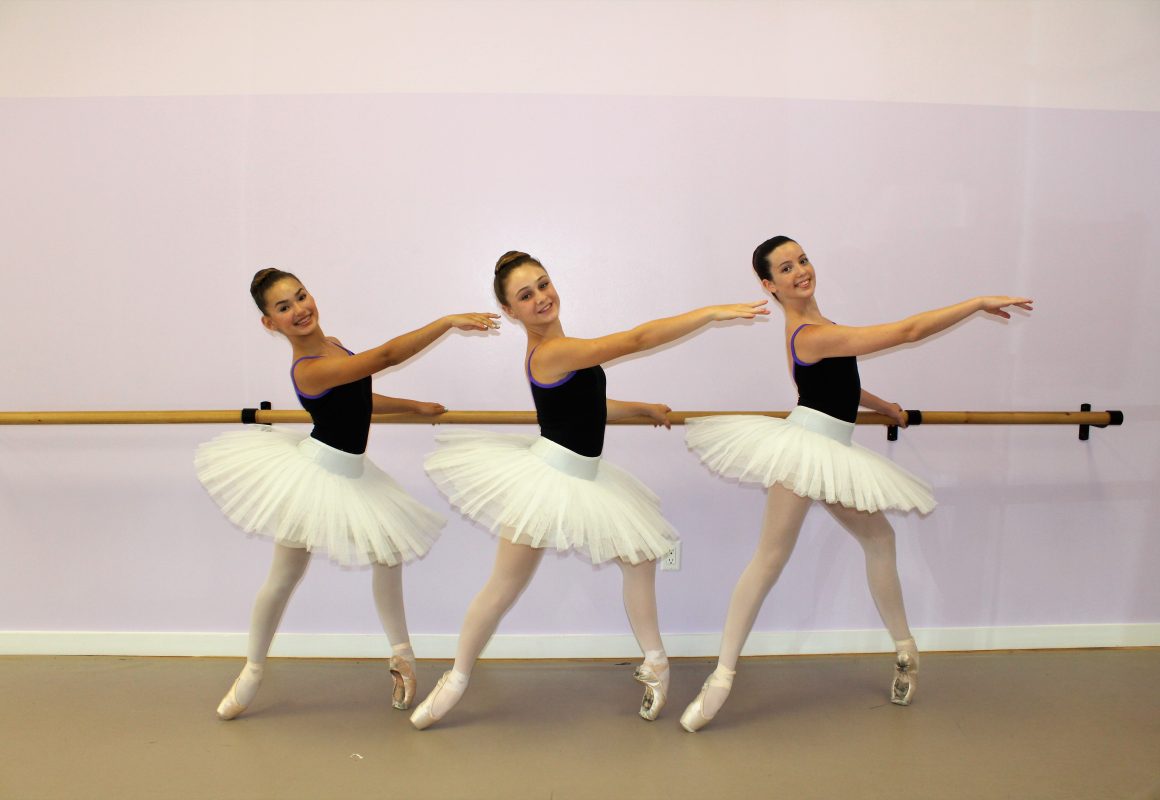 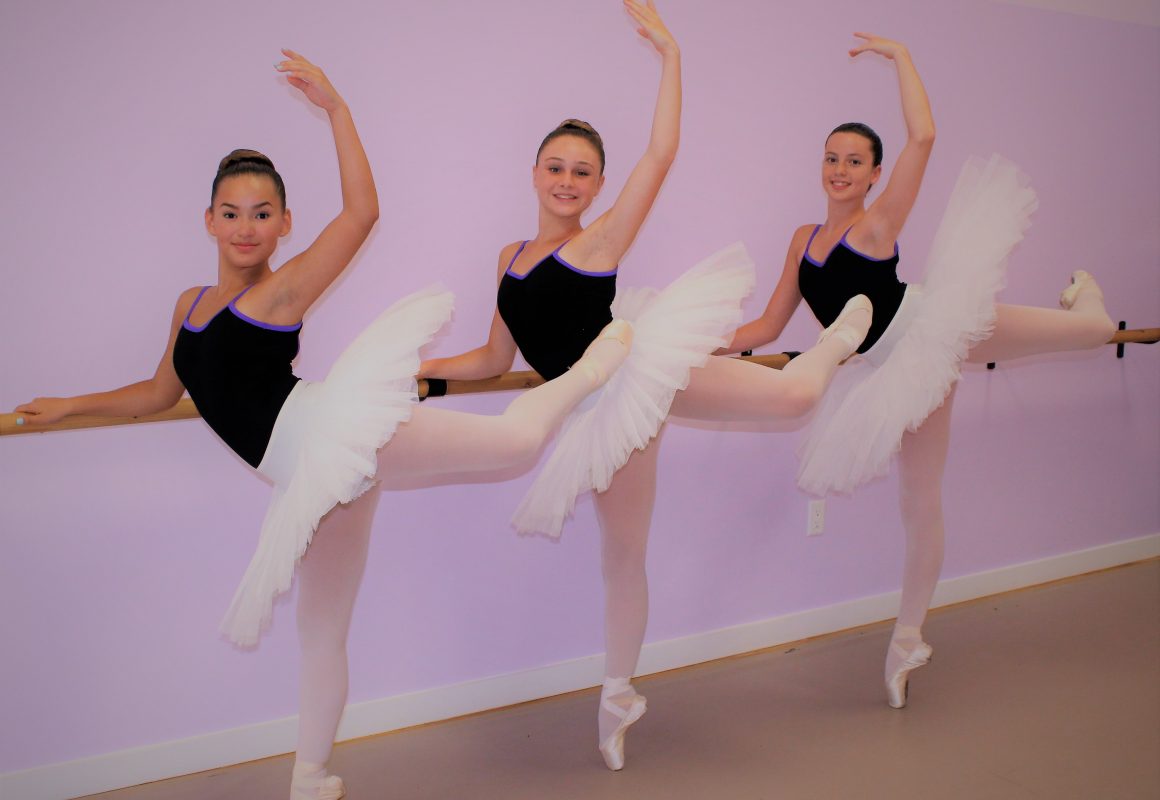 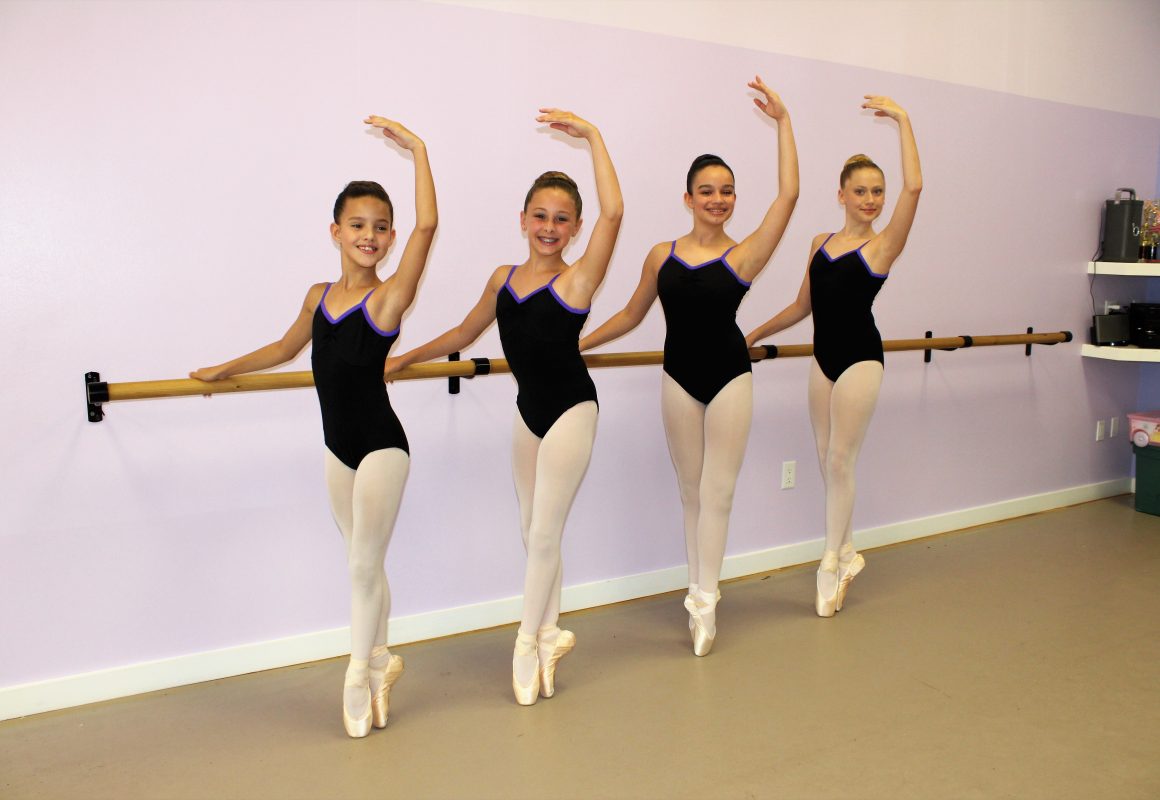 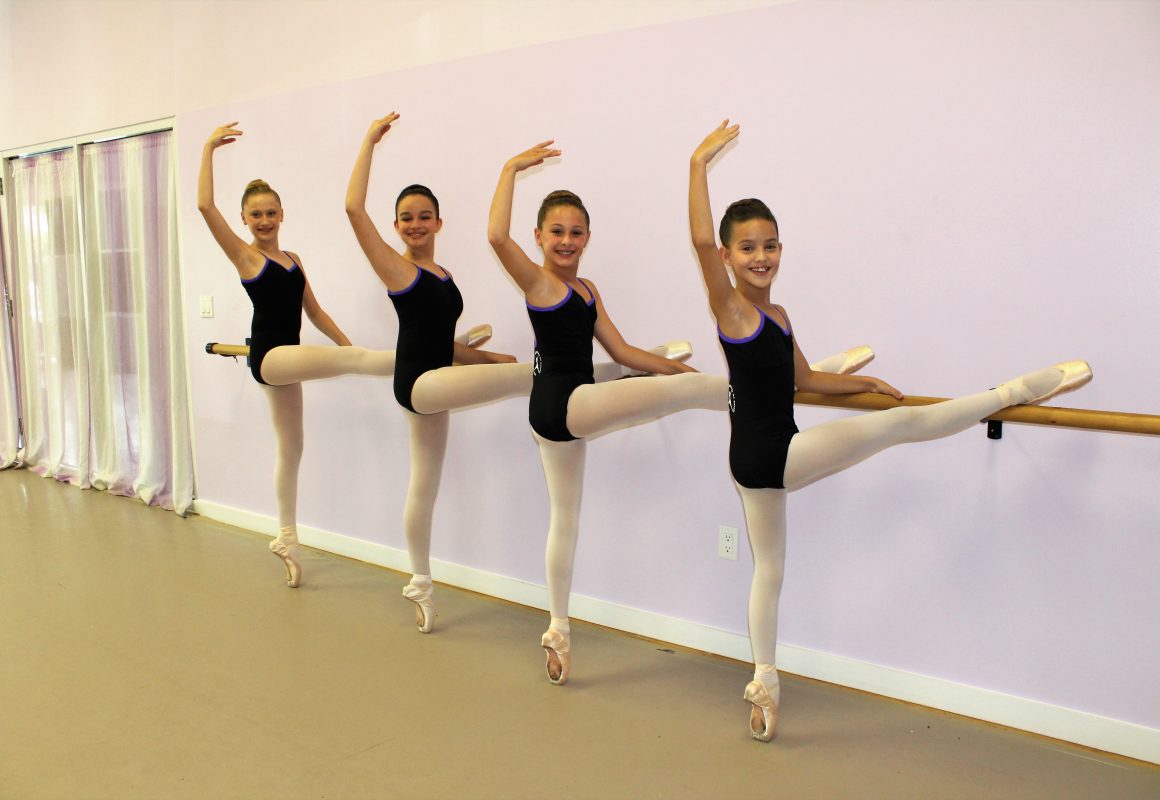 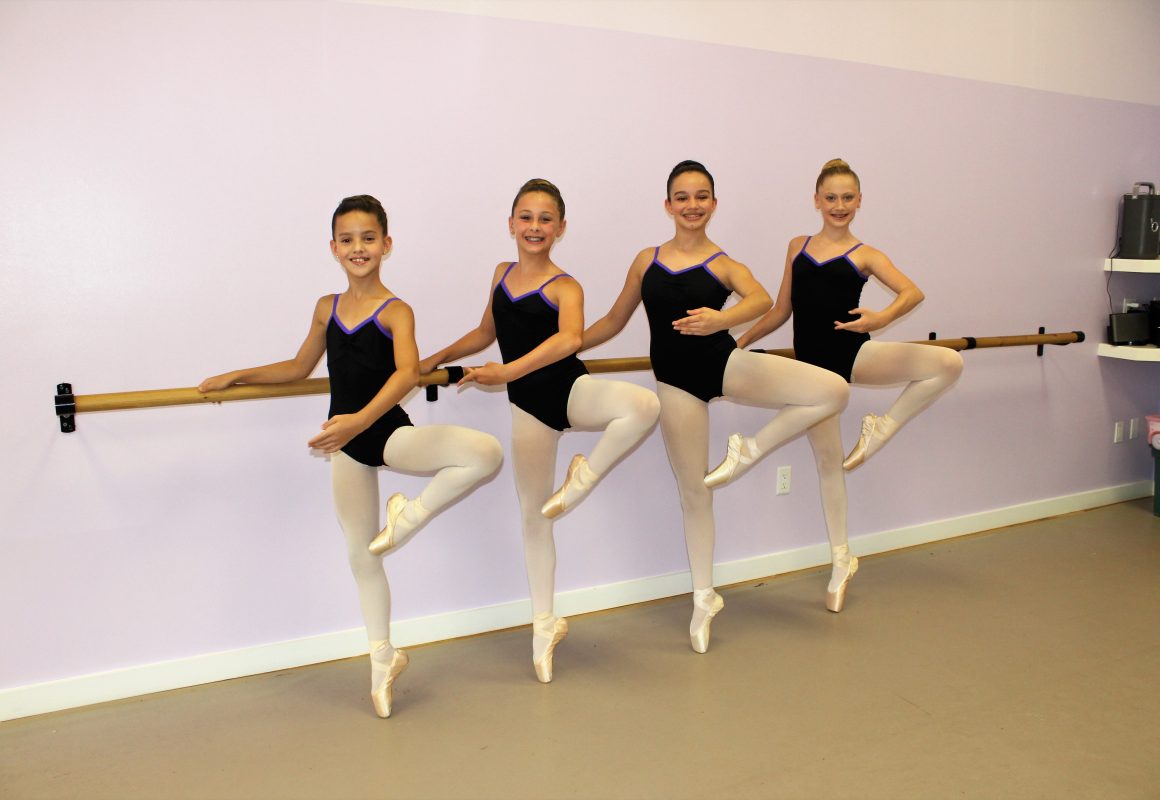